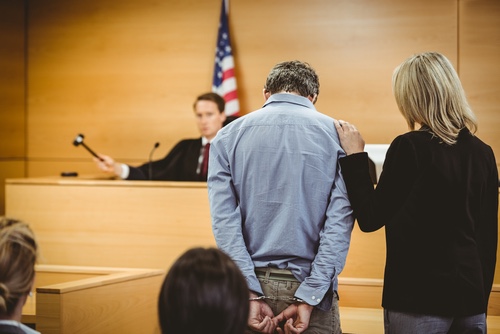 In New Jersey, a criminal defendant’s right to a jury trial is guaranteed by both the Sixth Amendment to the United States Constitution and the State Constitution. The principles of fairness and justice are encompassed in the roles assigned to the judge and the jury. The jury, otherwise known as the “finder of fact,” is tasked with determining what happened in a specific case and how those facts are relevant to the legal proceeding. The judge, otherwise known as the “trier of law”, is tasked with making legal rulings and ensuring that legal proceedings adhere to specific guidelines.

However, there are instances in which courtroom actors confuse the role they must play.

In State v. Melvin and State v. Padden-Battle , the Defendants were sentenced by the same judge who overlooked a jury’s acquittal and made decisions based on their own “fact-finding”.

In State v. Melvin, the Defendant was on trial for his alleged connection to a fatal shooting in a Newark restaurant. He was charged with murder, weapon possession, aggravated assault, and drug offenses. At the end of his trial, the jury found him guilty of unlawful possession of a handgun, but could not reach a verdict on the remaining counts. The sentencing judge decided to give the Defendant the maximum sentence based on the circumstances and facts surrounding the counts that the jury couldn’t reach a verdict on. The Appellate Division took issue with the fact that the sentencing judge tried to act as a “thirteenth juror” and remanded the case for resentencing. On retrial for the remaining counts, and before the same trial judge, the jury acquitted the Defendant of the murder and aggravated assault charges. Thus, the jury found him guilty of possessing a handgun, but acquitted him on all charges related to using the handgun. Despite this, the sentencing judge resentenced the Defendant to an extended term based on the evidence produced at trial, and without regard for the jury’s acquittal. The judge even concluded that the sentence was appropriate because the Defendant used the firearm to “shoot upon three other human beings”.

On September 23, 2021, the Supreme Court of New Jersey decided that the judge’s conduct in State v. Melvin and State v. Padden-Battle  was a violation of the Defendant’s right to a criminal trial by jury. Therefore, the Court concluded it would not allow a jury’s verdict to be ignored through judicial fact-finding at sentencing. Both cases were remanded for resentencing by a different judge.

In conclusion, the finality of a jury’s acquittal is one facet of the criminal justice system that ensures fairness and therefore it must be protected.