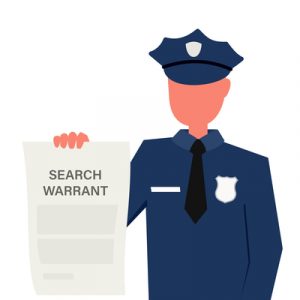 The case against the Defendants stems from a drug-related investigation in which the police officers obtained a search warrant to be executed on an apartment they believed to be associated with the drug-related offenses and occupied by one of the Defendants. Upon arrival at the scene, the detectives arrested the first Defendant who was outside and approximately fifty yards away from the apartment. Three other officers went to the door of the apartment believed to be occupied by the second Defendant. The officers opened the unlocked door and entered without announcing themselves. One officer said “Hello?” in a normal tone, to which the second Defendant in the upstairs bedroom responded with “Babe?”. The officers proceeded up the stairs without saying anything and entered the second Defendant’s bedroom where she was naked from the waist down. It was only after they entered her bedroom that the officers had identified themselves as law enforcement and announced that they were there to search the apartment. The officers executed their search warrant and seized drugs from the apartment.

Although the parties to this case agreed that the police officers acted unconstitutionally by ignoring the search warrant’s knock-and-announce requirement, the parties disagreed on the remedy for this conduct. The State had argued that the exclusionary rule was not a necessary remedy for this conduct because body-cameras and civil lawsuits should be enough to deter police from acting unconstitutionally. The defense, however, argued that the exclusionary rule was the only effective deterrence from these police violations.

The Court, upon consideration of both arguments and relevant case law, held that the exclusionary rule applies here because (1) there was an unjustified, flagrant knock-and-announce violation, (2) the integrity of the court system would be threatened by allowing the admission of evidence obtained unlawfully, and (3) the State’s argument that body-worn cameras and the possibility of civil lawsuits are sufficient deterrence from police violations is flawed because both were present in this case and did not stop the police from acting unconstitutionally.

The Court even cited several United States Supreme Court cases which described the purpose of exclusionary rule as a means to compel respect for constitutional guarantees.

Thus, the New Jersey and Federal Constitutions both protect people from unreasonable searches and seizures and the exclusionary rule bars any evidence obtained or derived from these unlawful searches from being admitted in court.

If you, a friend or a family member has had a search warrant executed at your home in Jersey City or the greater Hudson County or Bergen County areas, please do not hesitate to contact our office at 201-470-3215.