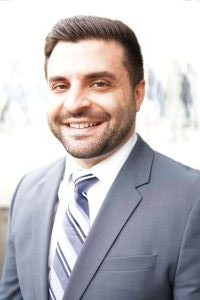 Attorney Stephen Natoli successfully argued before a three-judge panel that his client’s rights had been violated during a 2019 trial handled by prior counsel.  Following the trial, Defendant was sentenced to twenty-three (23) years in prison.  He had been serving his prison sentence when he retained Mr. Natoli for his appeal.

At issue on appeal was whether or not, a testifying detective could narrate a video of the incident and render a lay opinion regarding an ultimate issue in the case: the cause of the car wreck.

Also at issue was whether or not valid waiver of Defendant’s appearance had occurred on the day of a crucial pre-trial testimonial hearing.

END_OF_DOCUMENT_TOKEN_TO_BE_REPLACED

In New Jersey judges and prosecutors take very seriously when an individual is charged with Driving While Intoxicated.  Nonetheless, certain defenses do exist that can be beneficial to a defendant at trial or during negotiations with a prosecutor.  This article explains two of those defenses.

Often times when a client begins a consult at our law office they are totally unaware that an incredibly straightforward defense exists to their case.  That defense is often times related to the most basic proof that the prosecutor bears the burden of establishing: that the Defendant actually operated and/or had the intent to operate their vehicle.

END_OF_DOCUMENT_TOKEN_TO_BE_REPLACED

After years of back and forth regarding the legalization of recreational marijuana citizens in the state overwhelmingly voted in favor of legalization.  Their vote then returned the issue back to politicians in order for them to iron out the details of how our state will proceed with the sale and regulation of this new product in our legal markets.  A sticking point for Governor Murphy has been measures to disincentivize use of the product by under-age individuals. Governor Murphy has sought to have the bill establish civil fines for underage use of marijuana.

Other components of the legislative debate have been related to revenue stream allocation, licensing issues and employment law concerns related to drug testing on the job.

What seems to be part of the hold-up regarding the penalties for underage use of marijuana is that those penalties, as they are written, contravene certain legislation passed to deal with issues of racial justice.  Racial justice legislation has been at the forefront of the state legislature’s debate since the nation’s unrest in the summer following the killing of George Floyd.  During that time, lawmakers in New Jersey passed measures to decriminalize marijuana.  Said measures ended up stalled in the state house ahead of the November election.  Now, those lawmakers are concerned that their effort to end arrests for marijuana possession will be in peril if affected by the language Governor Murphy has proposed related to underage use of marijuana.