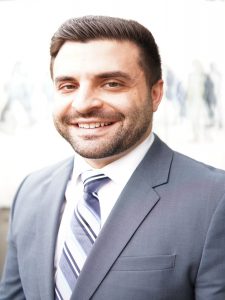 Stephen Natoli is an experienced criminal trial lawyer. Mr. Natoli has obtained successful jury verdicts as both a prosecutor and defense attorney. In the past five years alone, Mr. Natoli was involved in high profile jury trials which gained national and regional media coverage. During those trials Mr. Natoli cross-examined witnesses in highly technical fields such as mechanical engineering, cell tower data analysis and accident reconstruction.

Based, in part, on those cases Mr. Natoli was selected as a Rising Star on SuperLawyers.

Mr. Natoli’s firm provides personal service while still maintaining the ability to deal with a myriad of complex investigations and charges levied by some of the largest governmental agencies in the region.

Mr. Natoli is a long-time northern New Jersey resident who takes pride in helping individuals and businesses through some of their most challenging endeavors.