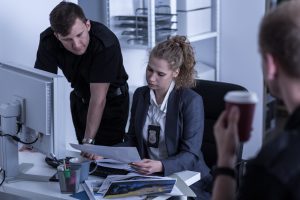 However, assessing the admissibility and helpfulness of lay opinion testimony may present challenges when the potential for undue prejudice surfaces.

In State v. Sanchez , the Defendant filed a pretrial motion to exclude the lay opinion testimony of his parole officer who had identified him as a suspect in connection with a homicide and robbery investigation.

Although the parole officer had not witnessed the actual crimes take place, and did not have “firsthand” knowledge that the Defendant committed the crime, she had contacted the lead detective on the investigation after she believed to have recognized the suspect on a flyer as the Defendant.

On July 22, 2021, the Supreme Court of New Jersey decided that the lay opinion testimony of the parole officer should not be excluded.

The Court found that the first component of the evidence rule, requiring that the testimony be “rationally based on the witness’s perception,” was satisfied. The Court came to this conclusion based on the fact that the parole officer has had extensive contacts with the Defendant on a continuous basis for the fifteen months following his release from incarceration.

The Court also found that the second component of the evidence rule, requiring that the testimony would assist a jury in “understanding the witness’s testimony or determining a fact in issue,” was satisfied. The Court came to this conclusion by considering the following factors: (1) the nature, timing and duration of the witness’s with the defendant, (2) whether the defendant’s appearance had changed since the time of the offense, (3) whether there was any other adequate identification testimony available to the prosecution, and (4) the quality of the photograph or video recording at issue.