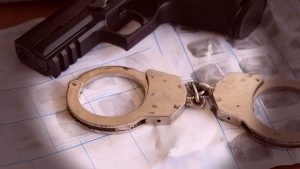 The Confrontation Clause, which is found in the Sixth Amendment of the United States Constitution, provides that “in all criminal prosecutions the accused shall enjoy the right to confront the witnesses against him”. Article 1, Paragraph 10 of the New Jersey Constitution also guarantees this right to the criminally accused.

In some cases, however, the “witness” may be the person who has prepared a document or report for submission to the court. As the Supreme Court established in Melendez-Diaz v. Massachusetts, affidavits reporting the findings of a search or analysis may be considered “testimonial” and renders the affiants “witnesses” that are subject to the defendant’s right to confrontation.

On December 27, 2021 the Supreme Court of New Jersey decided in State v. Jose Carrion that the Defendant’s Sixth Amendment right to confrontation was violated. The Court came to this conclusion based on the circumstances surrounding the submission of an affidavit prepared by a non-testifying detective which contained the results of a firearms database search.

The case against this Defendant stems from the execution of his arrest warrant. During the arrest at an apartment in Newark, the officers on the scene found a pouch which contained drugs and a firearm.  A Grand Jury later handed down multiple counts of indictment including unlawful possession of a firearm without a permit. At trial, the State sought to admit an affidavit prepared by a detective from the Firearms Investigative Unit which asserted that the detective’s search of the firearms database yielded no record of the Defendant having a license for the firearm. Although the Defense objected on grounds of hearsay and Confrontation Clause issues, the trial court found the document reliable and the affidavit was admitted. In February of 2017, the jury found the Defendant guilty on most counts, including the unlawful possession of a firearm without a permit.

The Defendant appealed his conviction and stated, amongst other grounds for appeal, that the trial court violated his confrontation rights by admitting the affidavit of a non-testifying detective who affirmed that no record of the Defendant’s firearm permit existed.

The Court noted that although a firearm license database contains raw data that is collected for neutral administrative purposes and is considered “non-testimonial” for confrontation-right analysis, the statements in the affidavit about the search for specific information relating to the prosecution of this Defendant is testimonial and therefore subject to a Confrontation Clause analysis.

The Court concluded that since the Defendant did not have the opportunity to question the officer knowledgeable about how the search of the database was conducted, the Defendant could not explore whether the officer used the correct date of birth, name, or other identifying information to generate a correct search of the database, and what information that search produced. This constituted a violation of the Defendant’s right to confront any witnesses against him during his trial. As a result, the Court held that the judgment be reversed and the matter be remanded for further proceedings.

The Court also set forth a solution for future confrontation issues. Going forward, there will be a notice and demand requirement where a defendant must inform the court and the State of their demand to produce an appropriate witness to testify to the search of the firearm permit database.

Thus, both the Federal and New Jersey State Constitutions protect a criminal defendant’s confrontation rights even when the witness is merely the producer, or interpreter, of an affidavit concerning a database search.