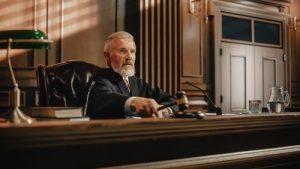 Sentencing Courts must carefully consider all aggravating and mitigating factors.

Following a criminal defendant’s conviction or guilty plea, a judge decides the appropriate punishment at sentencing. A sentence may include incarceration, probation, fines, restitution, community service and participation in rehabilitation programs.  However, there may be instances where a judge is able to enhance or reduce a sentence based upon factors specific to the defendant and the crime committed.

Factors that indicate higher culpability, and may result in a harsher sentence, are known as “aggravating” factors. Examples of aggravating factors are: previous convictions, attempts to conceal or dispose of evidence, use of a weapon, targeting vulnerable victims, etc.

On the other hand, factors that indicate lower culpability and may result in a more lenient sentence are known as “mitigating” factors. Examples of mitigating factors are: lack of criminal history, cooperation with law enforcement, minimal involvement in alleged crime, offender’s youth or mental disability, etc.

Although the facts of each specific case require a unique analysis, the use of mitigating information to support an aggravating factor is usually inappropriate.

On December 29, 2021 the Supreme Court of New Jersey decided in State v. Cynthia Rivera that the Defendant’s youth was improperly used against her during sentencing. The Court came to this conclusion based on the circumstances of the crime, the characteristics of the Defendant and the trial court’s inadequate reasoning for the sentence imposed.

The Defendant was charged with first-degree murder, felony murder, robbery, attempted murder, conspiracy to commit both murder and robbery, and other related charges. Pursuant to a plea agreement, the Defendant pled guilty to three amended charges and had the remainder dismissed. At sentencing, the Defendant took full responsibility for her actions and advised the court of substantial life changes that she made since her arrest. For example, she severed her relationship with her boyfriend, the co-defendant, who was abusive to her. She also became a mother and had plans to enroll in a cosmetology certification program upon her transfer to state prison.

Although there were many mitigating factors that were presented to the sentencing court, the judge gave them minimal weight. Particularly, when addressing the fact that the Defendant lacked a prior criminal conduct, the judge reasoned that this factor should not be given much weight in light of the Defendant’s age.  In other words, the judge gave less weight to this factor because he believed the Defendant’s youth was the sole reason for no criminal record. The judge even stated that he believed if the Defendant was not “captured in this particular instance”, then there would have been additional crimes committed. The Defendant was ultimately sentenced to fifteen years in prison.

The Defendant appealed her sentence and contended that the sentencing judge did not give adequate reasoning for the way he weighed the mitigating and aggravating factors.

The Court emphasized that sentencing courts must provide “a careful and deliberate analysis before a sentence is imposed,” grounded in “a thorough understanding of the defendant and the offense”. The Court also highlighted that the findings of any factors “must be supported by competent, credible evidence in the record” to ensure that “speculation and suspicion do not infect the sentencing process”. In this case, however, the judge’s speculation about the Defendant’s lack of criminal conduct was unfair because it was not supported by any competent, credible evidence in the record.

Furthermore, the Court stressed that a sentencing court is required to “view a defendant as that defendant stands before the court on the day of sentencing”. The Defendant in this case stood before the court as a young, first-time offender who displayed remorse, cooperated with law enforcement and has established a plan for her future. The sentencing court operated in error by not considering the full weight of those mitigating factors. As a result, the Court vacated her sentence and remanded the matter for resentencing.

Thus, although each case is unique and requires a specific analysis, it is improper to use a defendant’s youth against her as an aggravating factor in sentencing.